Three children act in exemplary ways only to discover that our Torah giants of previous generations acted exactly the same way!

A Promise Is a Promise Michael keeps his promise to a friend— even when he loses out because of it. Who is the youth who did that during World War I?

The Suspects Yochanan and Itamar are each suspected of a misdeed. They say they’re innocent, but no one believes them.

Mr. Cohen, owner of the popular Cohen’s Delicatessen, tells them about a similar incident that took place over one hundred and fifty years ago.

The Bad and the Good Moishy can’t think of anything but the big prize his zeidy promised him for doing well on a Mishnayos test—an expensive radio-control car with all the latest features.

How does that connect to a ship that sunk in the days of the Tosfos Yom Tov?

Read all about it in this fascinating book! 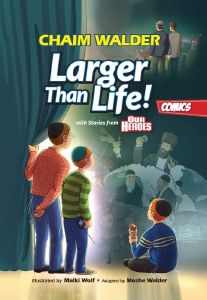