Shmuel I / I Samuel

The ArtScroll Series presents the comments of the classic giants of ancient and contemporary times in a logical, comprehensible manner, like a master teacher on an exciting voyage of intellectual discovery.

The Book of Samuel introduced a new era in the history of Israel. The era of the Judges was ending and the era of the monarchy was about to begin. Samuel, one of the greatest of all the prophets, led the nation tirelessly, not only to victory over the Philistines and the return of the captured Holy Ark, but to new spiritual heights. And then the people demanded a king, “like all the neighboring nations.” Had they lost faith in the prophet, or even worse, in Hashem? Samuel anointed Saul as the first king, a man who was “head and shoulders above anyone else.” Why did he lose the throne? Hashem commanded Samuel to anoint David as the future – and eternal – king. How are we to understand the intense conflict between Saul and David? In this extraordinary commentary, Rabbi Yosef Weinberger combs the full gamut of many centuries of Rabbinic writings to explain and clarify the Book. In his Overview, Rabbi Nosson Scherman, puts the Book in the perspective of Jewish history. For anyone who wants a definitive understanding of Tanach, this new work is a must! 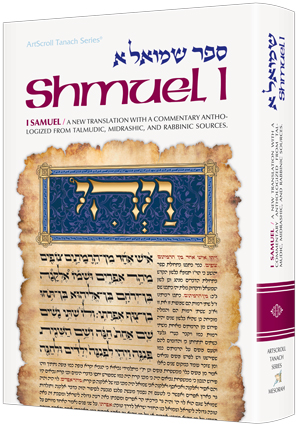